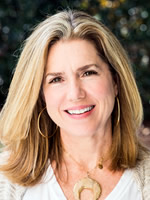 Kimbrough is a multi-generational Maconite who knows the community and its people well. She attended both public and private schools here and is a graduate of Mercer University. In addition, Kimbrough and her husband Beau have three children who have grown up in the community. Coming from a family of architects has led to her love of homes and design. Her other interests include bridge, tennis and acting in community theater. She is eager to use her knowledge and network of contacts to assist her customers in buying or selling their next home.