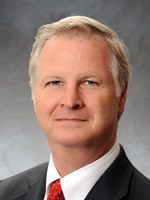 Cecil Ethridge grew up in Gray, Georgia and graduated from Jones County High School. He received his BS and MED degrees from Georgia College and his EDS degree from University of Georgia. Prior to becoming a realtor, Cecil was an educator for 30 years in Jones, Bibb, and Monroe counties before retiring as an assistant principal of Monroe County Middle School in 2003. Cecil and his wife, Betty, have one son who is an attorney in Atlanta, GA. They are also members of First Baptist Church of Gray, where he serves on several committees.

Cecil is the Vice-Chair of the MidSouth Federal Credit Union Board. He serves on the boards of the Gray Downtown Development Authority, Gray Tree City USA, The Cannonball House, and the Jones County History and Heritage Group, where he was awarded the Hamilton-Williams Preservation Award in 2018. Cecil has served as a director of the Middle GA Association of Realtors Board. He was awarded the MGAR Realtor Spirit Award in 2006, MGAR Community Service Award in 2008, and the MGAR realtor of the year in 2012.